On November 16th 2014, the world lost yet another of “The Greatest Generation”, John Andrew Morrissey, or as many of us know him, Uncle Jack. Jack was an amazing man, he had such a big heart and touched so many lives. Jack is a WWII Navy Veteran. He flew PBYs in the Battle of Midway, and was shot down two or three times. Jack lived to be ninety one years old, and had a very full life, with lots of adventures.

Jack, of course being a writer, always had the best stories. Whether he was telling a story in person, or it was a piece from his column, he could get you to hang on his every word. I had the opportunity to hear some of his stories on our PB4Y and Oshkosh adventures. A favorite that comes to mind, is how he got his multi engine rating on the PBY. He was given the Operating Manual to the aircraft, told to read it, and the next day he went up in the PBY. After they landed he was told, “Okay, now you have your multi engine rating.” And just like that he was flying PBYs! Jack also spoke of his wife frequently. She passed away about twenty years ago, but the love he had for her only grew. When he would recall memories of her, it was like they made those memories just yesterday. Jack’s storytelling and writing was absolutely beautiful; it was so vivid and full of detail, that at times you felt like you were actually there.

Jack loved aviation, in particular the EAA AirVenture in Oshkosh. His stories of Oshkosh were never ending. He always talked of Oshkosh and all the great times in the mess tent. In fact, one of Jack’s great adventures started there in the mess tent at Oshkosh. About three years ago he was approached by Joe Shoen, and asked to be part of the PB4Y-2 crew. Jack jumped at the opportunity and never looked back!

Jack loved and lived life to the fullest till the end. He was always attending airshows, fly-ins, and other aviation events. This year alone, I spent time with him in Chino, Oshkosh, Reno, and here in Casa Grande, AZ at the Copperstate Fly-In. Jack always had a good time and made new friends everywhere he went. For the last three years of his life he traveled with the only flying PB4Y-2 in the world, he was part of the crew. This man knew how to make every moment count.

I have been blessed and honored to have Jack in my life. He has known me since I was a little girl, but these past couple of years that I have been back at GossHawk, Jack has been in my life regularly. I am so grateful that my first trip to EAA AirVenture in Oshkosh this year included Jack. When we were unable to bring the PB4Y-2 to Oshkosh this year, Jack was bummed, but still insisted I go. I am glad he did. I would not trade my Oshkosh experience for anything in the world! In fact, I can’t imagine my first Oshkosh experience without Jack.

I had the honor of spending a full eight days with Jack in Oshkosh, WI. It was amazing to watch him; he is loved by so many, he was a celebrity there. He was telling stories all the time, breakfast and dinner conversation was always interesting to say the least. Jack loved it there, so full of energy! Every morning as we arrived at the volunteer tent, I had to jump out of the car as we rolled up because Jack would have his door open and be ready to go as the car rolled to a stop. Even in his nineties, Jack was a hard one to keep up with! By the end of our Oshkosh adventure, he was telling everyone that I was his girlfriend. What an amazing trip, we made so many memories that I will always cherish.

Though Jack is not with us any longer, it makes my heart sing to know that he is now reunited with his wife. I miss you dear friend, until we meet again. 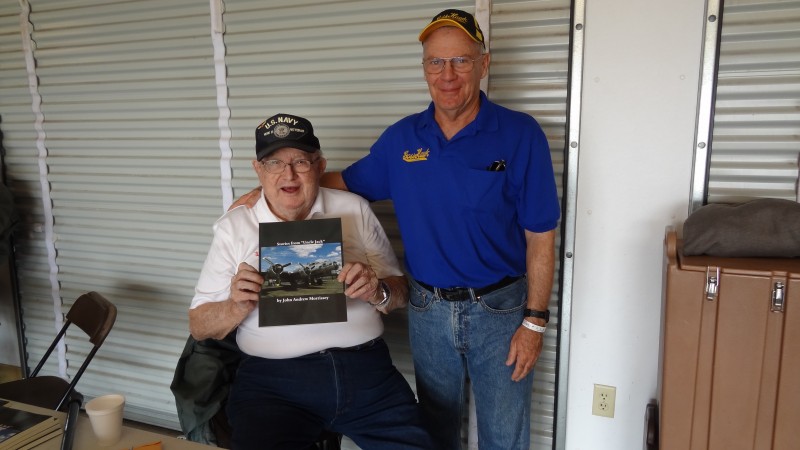 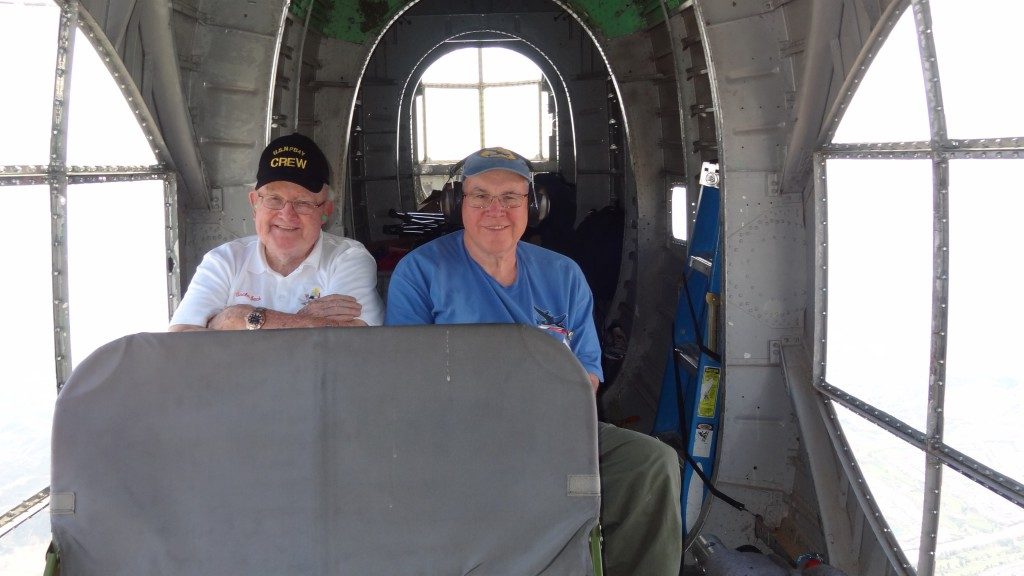 Share this
Posted in Latest News
← Lindsey and Dave Goss attend Warbirds Over the Beach in Virginia Beach, VAGossHawk Unlimited is Looking for Sheet Metal Mechanics and A&P Mechanics →