Dave Goss's knowledge and attention to detail in the restoration of vintage aircraft is second to none, and has earned him a reputation as a leader in the aircraft restoration industry.

Born into an Air Force family, Dave Goss realized his love for aviation at an early age. His father served as a navigator/bombardier on B-17's and as a navigator in Lockheed C-130's. Dave enlisted in the United States Army, and served in Vietnam as a gunner/crew chief in helicopters.

After completing his tour in Vietnam, Dave served out the terms of his enlistment in Germany as a helicopter mechanic; it seemed a natural step that Dave take what he learned in the Army, and apply it to his civilian life. When he arrived home from Germany, Dave enrolled in Embry-Riddle University's Maintenance and Technology program.

Dave received his A&amp;P license, and from there he began his career in aviation. His first job was overhauling Pratt and Whitney J-57 and TF-30 jet engines at Naval Air Rework Facility (NARF) in Norfolk, Virginia. After three years of working on jet engines, Dave went to work on de Havilland Caribous and Lockheed Electras in Kwajalein in the Marshall Islands.

Dave moved to Arizona and enrolled in the Aeronautical Engineering Technology program at Arizona State University. While attending ASU he met the people at the Champlin Fighter Museum in Mesa, Arizona and went to work for them as a mechanic in 1983 working on WWI, WWII, Korean and Vietnam era aircraft.
Eventually Dave rose to the position of General Manager of the Champlin Fighter Museum. In May of 1995, Dave Goss started GossHawk Unlimited with only one employee, and he used the former Champlin Fighter Museum's restoration hangar as his shop. Dave Goss's knowledge and attention to detail in the restoration of vintage aircraft is second to none, and has earned him a reputation as a leader in the aircraft restoration industry. 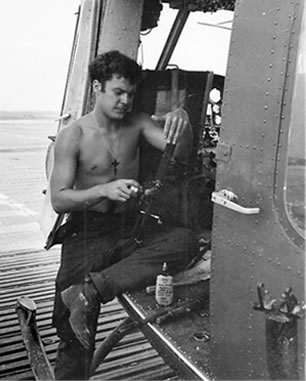 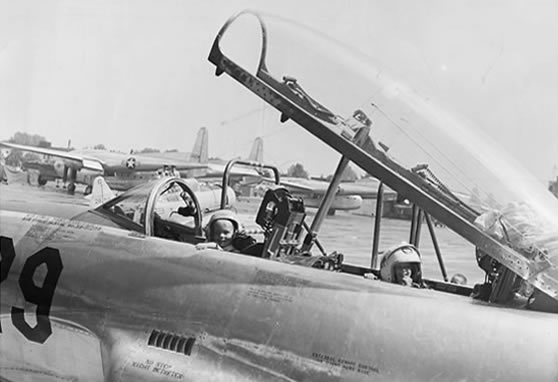 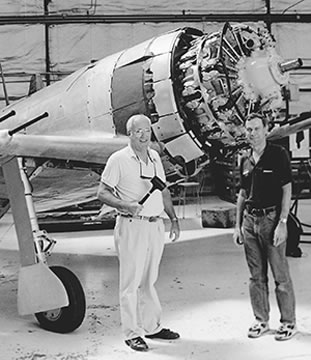 Dave Goss and Doug Champlin in front of the Japanese “George” 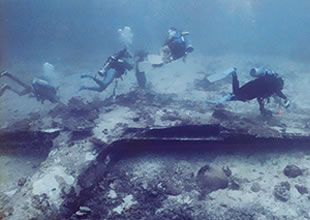 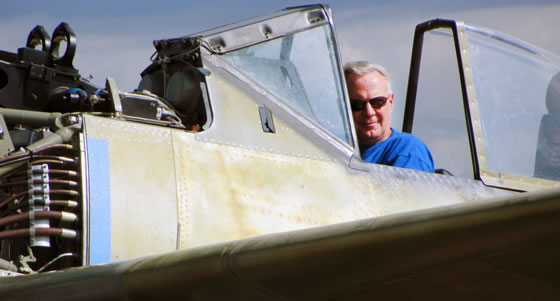 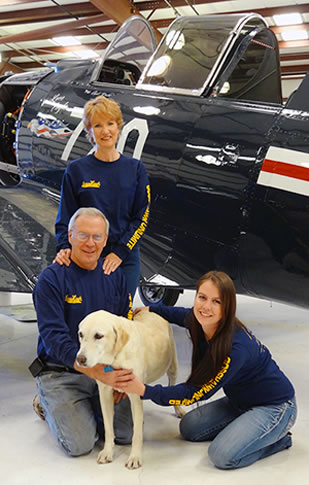 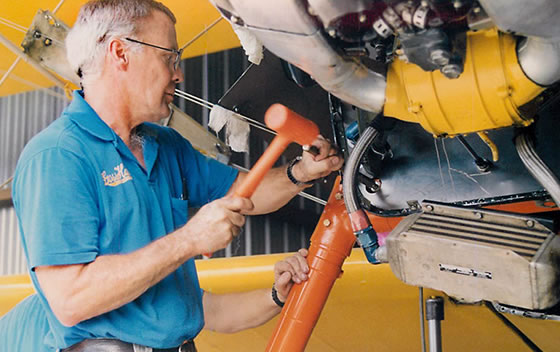