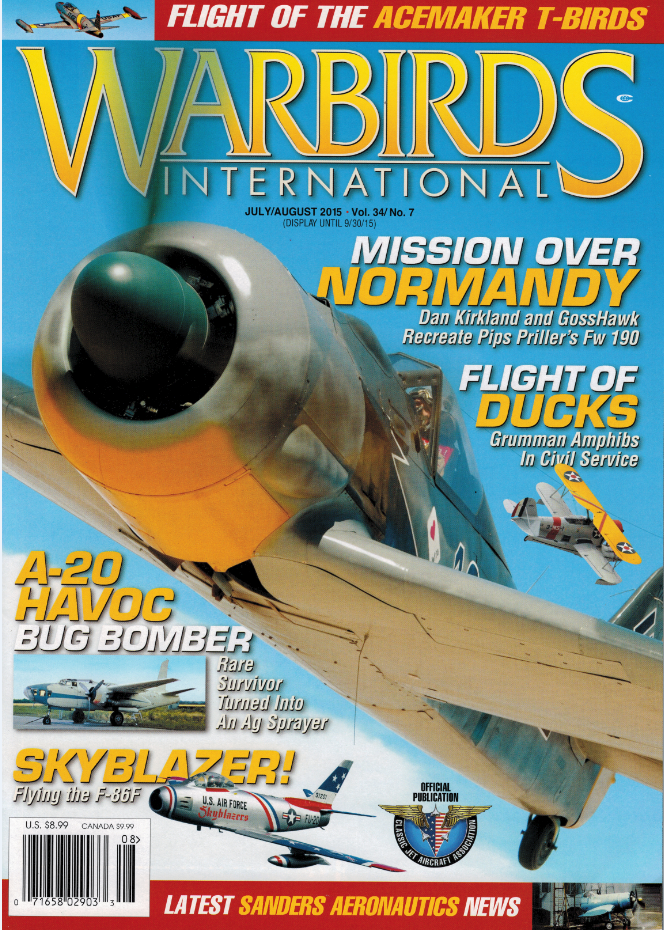 At the end of April GossHawk Unlimited and Klaus Plasa conducted test flights of Dan Kirkland’s Focke-Wulf Fw 190A-8/N. Klaus is a test pilot from Germany who has flown several of the Flug Werk Focke-Wulfs, among many other aircraft. May 1st, our friends from Warbirds International came out for a photo flight. They got some great pictures of the Focke-Wulf over the Arizona desert. Michael O’Leary put together a great story with a detailed background of the pilot in which the markings represent, Josef Pips Priller.